How Fiona got the fitness bug Fiona turns up to train 3 times a week without fail.  Her attitude at training is amazing – she puts in the effort and she gets results.  You would never guess that just over a year ago Fiona was someone who did not do much by way of exercise. I sat down to ask Fiona a few questions about her fitness “journey”.  Her answers are useful to anyone contemplating joining us in the park.

Have you noticed a difference since you started Dellafit outdoor training?

“It’s been exactly a year since I started Dellafit. Initially I was doing classes with my 12 year old, who wanted to get a bit more fit outside of school. Basically, I just went along for support. The first session was hard work for both us. But after one term of doing two sessions a week, I noticed we were both getting through the exercises faster, and there was definitely less grumbling from the tween. And maybe even a little bit of healthy competitiveness? Nothing like beating mum at a run around the park!  I’ve moved from doing two classes a week to three, simply because I love it. I feel stronger, I feel more energised and generally just feel good about myself. I’ve also noticed muscle definition that I thought I’d never see again. And when other people start commenting, that’s nice too.”

“I love that they are outdoors in gorgeous Rushcutter’s Bay Park next to the water. Because I sit inside all day at a desk, I really appreciate having that one hour in the open air, to breathe deep and take some time out for myself. I also love the interaction with the other women who do the classes, and of course with Della. Always super inspiring! Exercising in a group means that you never notice the time passing, you get to have a chat, and offer each other encouragement as well. After a while, you also start to recognise the other people in the park walking their dogs, exercising, having coffee… and you get a sense of community. It’s lovely to be able to say good morning to a familiar face.”

What would you say to someone contemplating starting Dellafit but who is worried about not being fit enough?

“Before I started Dellafit, I had an image in my mind of bootcamp type exercising, which was definitely not for me. I was also certain that I’d be the one lagging behind, trying to keep up. Once I started the group sessions I quickly stopped worrying about how I compared with other people, and focused on myself. Della is also great at starting you off slow, and tailoring the exercises to your level of fitness, then building you up from there. Now I love the sense of achievement I get from going hard and working up a sweat. If you’d said to me a year ago that I’d be doing three sessions a week, including two 6am classes, I seriously would not have believed it. But there is definitely something empowering about getting up that early to exercise. When you get to watch the sun rise and the day start to brighten, you think yeah, that’s worth it.”

Fiona is a television writer which sees her handling large amounts of work to strict deadlines.  She also has 2 daughters at highschool.   Even though she is so busy with work and kids she still makes it to Dellafit on average 3 times a week.  Fiona is a great example of how you CAN make time to exercise even though you have a busy life and I get the feeling that training actually energises Fiona.  I love that Fiona has gone from being someone who did not do much training at all to being someone who has caught “the bug”. 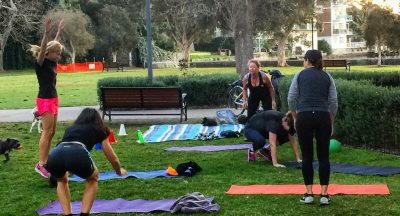 Why you can benefit from HIIT

You may have heard of HIIT.  It has been around for a while now. ...

What is the best diet?

As a trainer I am always being asked: "What diet should I follow to lose...

31 Days for $31 dollars in August at Dellafit

Hi everyoneNow is the perfect time to try outdoor training at Dellafit.... 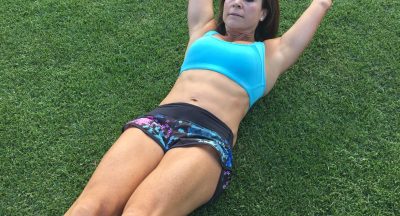 Don’t think too much

I love training - it is one of my favourite things to do.  I know that this is...